THE SCIENCE OF JUPITER

The largest planet in our solar system, Jupiter is a giant ball of gas 300 times more massive than earth. It’s five times farther from the Sun than we are. A year on Jupiter is twelve times longer than ours, but a Jovian day is only ten hours long. Darting around it are dozens of moons – some with geysers, volcanoes, or ice. And like the other gas giants – Saturn, Neptune, and Uranus – Jupiter has rings.

Like the Sun, Jupiter is made almost entirely of hydrogen and helium. But it’s so big that its enormous mass exerts tremendous inward pressure. The pressure squeezes the interior hydrogen so strongly that the gas turns into a liquid – a strange type of hydrogen that can even conduct electricity. This churning, conducting fluid is likely the engine behind Jupiter’s magnetic field, which is the largest and strongest in the solar system, except for the Sun’s.

Jupiter formed when gas and dust – left over from the formation of the sun – collected into a large sphere. The ball of gas was so massive that its own gravity caused it to contract – and four and a half billion years later, Jupiter is still shrinking.

As Jupiter contracts, all the matter inside squishes against itself and churns, causing friction and heat. As the warmer material deep inside rises, some of Jupiter’s contents are partially mixed up in the process. Eventually, the heat is released into space. In fact, Jupiter radiates more heat than it absorbs from the Sun.

As Jupiter spins – at a brisk rate of once every 10 hours – it drags its magnetic field around with it, which creates strong electric currents. Earth has a similar feature – a ring of charged particles called the Van Allen Belt – but at a much smaller scale. Because the charged particles in Jupiter’s belt fly around extremely fast, this region is filled with radiation that can destroy a spacecraft.

Armed with an arsenal of scientific instruments, Juno will explore four main aspects of Jupiter: its origin, interior, atmosphere, and magnetosphere. 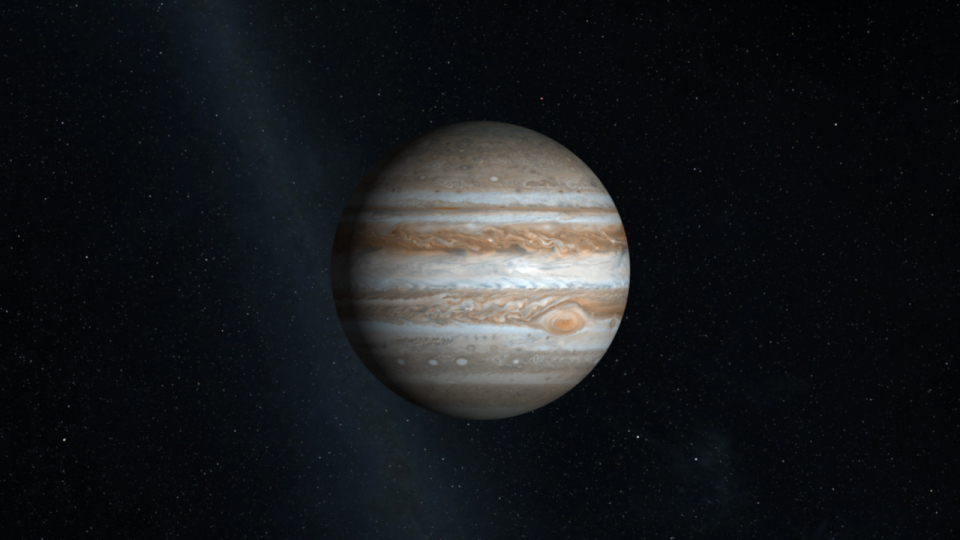