After Five Years in Space, a Moment of Truth

When Juno arrives at  Jupiter, it will be whizzing faster than any human-made object has ever gone. To slow down and enter Jupiter’s orbit, it has to perform a delicate maneuver – or else it will fly off into space, never to return.

Juno’s engines need to fire at just the right moment and in just the right direction for just the right amount of time. The spacecraft will have to perform this tricky move – called the Jupiter Orbit Insertion – entirely on its own.

Once Jupiter’s gravity captures Juno, the spacecraft begins its carefully designed orbit that allows it to closely examine the planet while avoiding its harmful radiation. And because Juno relies on solar power, the orbit has to keep the spacecraft exposed to sunlight for its entire mission.

Once Juno reaches Jupiter in 2016, it will follow a special orbit called a polar orbit, which takes the spacecraft over Jupiter’s poles, traversing the planet in a north-south direction. Because polar orbits are best for mapping and monitoring a planet, many satellites that study the earth follow a similar path. This type of orbit has never been tried around Jupiter.

Juno takes 11 days to complete a revolution while Jupiter takes only 10 hours to spin around once. Mission planners designed the trajectory so that the spacecraft passes over a different section of Jupiter during each orbit. After completing the mission’s 33 planned orbits, Juno will have covered the entire surface of Jupiter.

To ensure that it collects the best possible data – especially in making accurate measurements of the gravitational and magnetic fields – it has to get as close as it can to Jupiter. On each orbit, Juno comes within 5,000 kilometers (3,100 miles) of the planet’s cloud tops. That might still sound like a great distance, but if Jupiter were the size of a basketball, the equivalent distance would be about 0.8 cm (0.315 inches).

The three hours before and after closest approach is the most important time for Juno’s science instruments. During the rest of its orbit, mission controllers are focused on navigating, steering, and sending data and status reports back to Earth.

Juno’s close orbit also enables it to avoid Jupiter’s harmful radiation, which is concentrated in a belt that loops around the planet’s equator. In this region, tiny particles – ions and electrons – zip around nearly at light speed. Even though they’re small, they pack quite the punch, and they can destroy a spacecraft’s electronics.

Juno’s polar orbit takes it between Jupiter and this danger zone, avoiding most of the radiation and thereby keeping the spacecraft functioning for at least a year. But as the mission continues, Juno’s orbit tilts, pushing the spacecraft closer to this treacherous region. In a year, the amount of radiation that’s expected to bombard Juno is equals about 60 million dental x-rays. 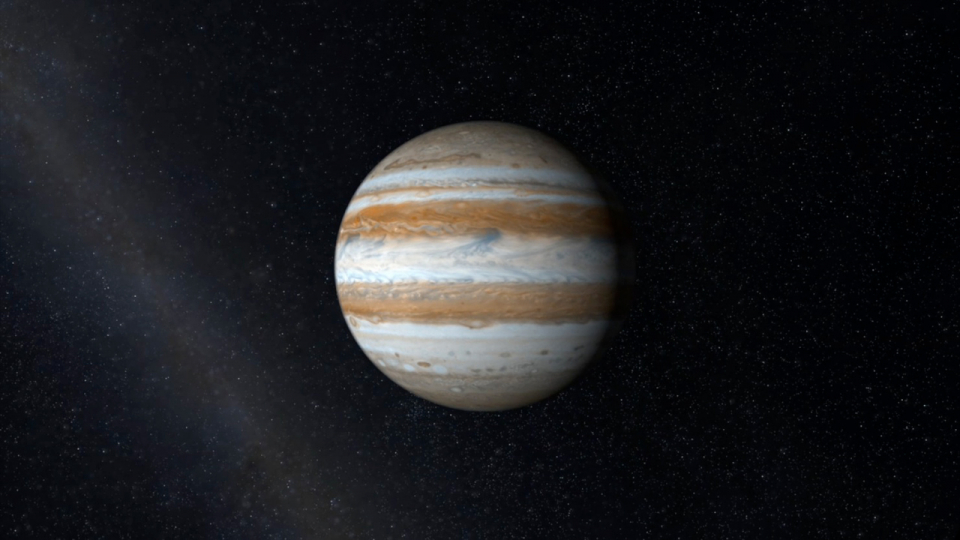